This section covers photographs and evidence of the actual aircraft that Ken flew. The evidence includes enhanced original photographs as well as entries from Ken's Log-book.

The aircraft covered are as follows...

The photograph below is of Ken's Anson that he used in Canada, Prince Edward Island in March 1941 for Navigation exercises. The Anson had a wind down carriage and the gun turret was on top of the plane, this was known as the 'Glass House'.

I know Ken actually flew the Anson below because you can see the serial number is:

This exact serial number was in Ken's Log-book 6 times (see the scan below). On this basis and the fact Ken has marked the photograph with 'March' we can guess the photograph was taken on either the 3rd or 6th of March.

Ken used a Hudson similar to the one below whilst in the 206 Squadron in Aldergrove. He used it mainly for escorting convoys and sweeps. The Hudson photographed below has the code...

Although this initially matches 11 of the Hudsons in Ken's Log-book in terms of the 'V' (see the scan below) a visitor to the site Dave Cotterill confirmed it was actually the Hudson flown by his uncle (Jim Steel - His story is in the 'Memoirs' section) who was in 206 Squadron from May 1940 to 15th October 1940. I was saddened to hear Jim was killed whilst on patrol in this Hudson, the photo above was a postcard owned by Margaret (Gran) but was taken originally by a 'Flight' magazine photographer on the 3rd of September 1940. Dave has all the photos and the magazine article, the aircraft serial number is T9303. Thanks to Dave for this added information.

In July 2007 Simon Nelson had contacted me about his dad (Lawrence Nelson - His story is in the 'Memoirs' section). He had a great photograph of one of the Hudsons Lawrence flew, it turns out to be the same one Ken flew on 7 occasions, 3 times on 2nd October 1941, once on the 9th and 22nd March, 9th June, 28th July 1942. 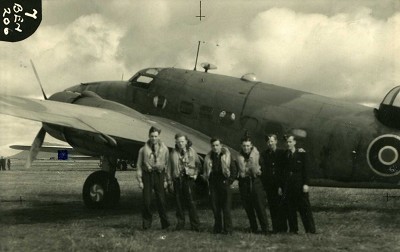 In August 2008 Simon Nelson contacted me again with a couple of photographs of 2 more Hudsons from his dad's collection, here's the details and how they link to Ken 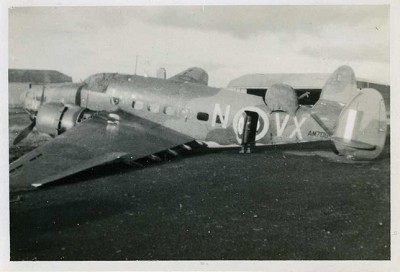 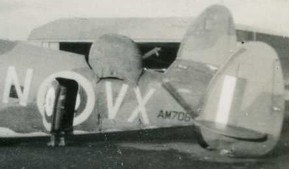 Simon believes these photographs were taken by his dad although he was never recorded as flying AM706, this incident happened on the 5th February 1942 and appears in the books 'Naught Escape Us' by Peter Gunn and 'Lockheed Hudson in World War II' by Andrew Hendrie. They both state the following...

Ken 's logbook has a record of him flying this Hudson as 2nd Pilot on the 31st August 1941 on an A/S Escort to convoy (extract above). This was just 5 months before the accident. 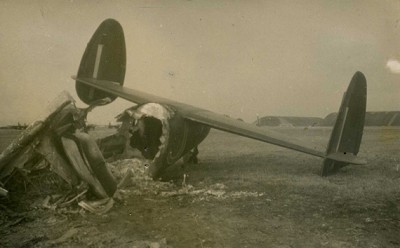 P5155 'J' was a Hudson that Lawrence Nelson had been piloting during his time at No. 1 OTU in Silloth before joining 206 Squadron, he was there at the same time as Ken. On the 1st August 1941 he had been on an night navigation exercise from Silloth via the Mull of Kintyre and Chicken Rock. When landing back at Silloth the Hudson ran off the edge of the runway and the port undercarriage leg collapsed resulting in minor damage and no injuries. His logbook was signed off by Wing Commander R.A.B Stone "Accident due to inexperience". Lawrence had spoken to Simon about it explaining that there were green lights on the dashboard that showed the wheels were down, they were really bright especially at night so it was common practice to place a cloth over them to avoid being blinded. On this occasion the cloth fell away blinding him at a crucial moment of the landing phase. To top things off when the Ground Crew were recovering the Hudson they somehow managed to set fire to it (possibly a discarded fag) and the aircraft was completely burnt out.

This incident also appears in the books 'Naught Escape Us' by Peter Gunn and 'Lockheed Hudson in World War II' by Andrew Hendrie. They both state the following...

Ken's logbook has a record of him flying this Hudson as 2nd Pilot on the 28th July 1941 Turret Firing (extract above). This was just 5 days before the accident!

I have been able to gather lot of information on the RAF Flying Fortress courtesy of 2 main sources, firstly Robert Stitt, who is in the 'Memoirs' section. Secondly Bryan Yates who contacted me in March 2008, he's a researcher of the RAF Flying Fortress and supplied me with a list of Fortresses that he believes were used in 206 Squadron during WWII. I have cross referenced them with the 206 Squadron book 'Naught Escape Us' and with Ken's log-book and produced the table below...

I have checked Ken's log-book and he flew in AN520 twice on the 7th January 1943 that was piloted by Squadron Leader Patrick.

The Fortress II was the RAF version of the B-17F of which there were 19 aircraft with markings of FA695 to FA713. Ken flew in 4 of the 19 different FA aircraft. The main external differences were the nose cone, on the Fortress II it had a one piece blown Perspex nose cone and broader propeller blades.

This was definitely my most exciting find! Margaret (Gran) had always told me that Ken was actually piloting the Flying Fortress II in the photograph, by looking into the Log-book I was able to confirm 100% that it was true. 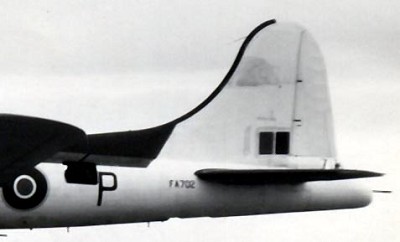 By matching up the serial number to the entries in Ken's Log-book we get an exact match on 6 occasions in 1943: 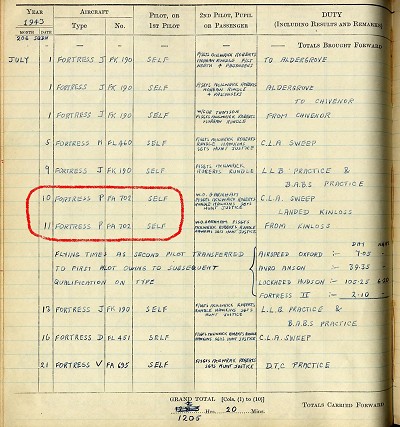 Ken had marked the photograph with the date of the 11th May 1943, this matches up with the Log-book and from that we can establish who was in the Flying Fortress II at the time the photograph was taken!

In September 2008 I was contacted by Maurice McIlwrick as he had spotted the name McIlwrick on this website, we quickly established that his older brother Eric McIlwrick was actually the same person that is mentioned in Ken's logbook for this flight! I was able to chat to Eric about this and Maurice supplied me with the photograph below of Eric 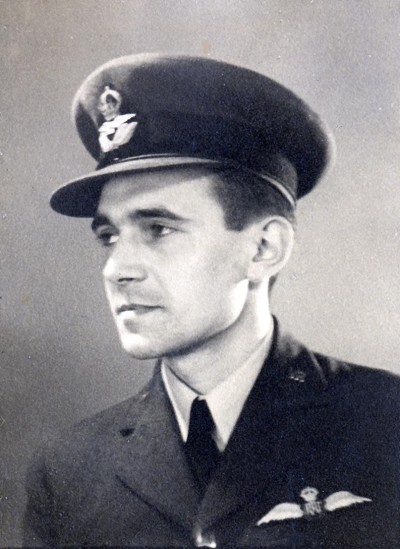 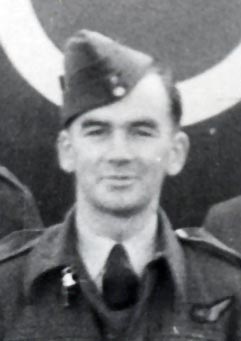 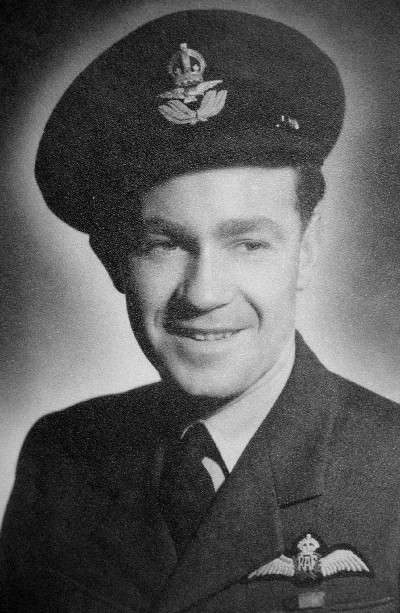 Robert Stitt was also able to confirm that Ken's FA702 Fortress II above was moved to 1674 Heavy Conversion Unit at Aldergrove to train Fortress pilots in April 1944 after serving with the 206 squadron at Benbecula and in the Azores. It was sold for scrap in March 1947 after a period of storage.

I came across this photograph of Flying Fortress IIA FA704 'R' which Ken had as a really small photograph in one of his albums. Ken never actually flew this aircraft however Robert Stitt was able to confirm that this was the aircraft that Wing Commander Ronald Thomson was flying when he sunk and was shot down by U-boat U-417 on June 11th 1943. It was only with the squadron for around six weeks. He also explained that it has an-all white scheme and the nose and under wing areas have been censored by scratching out the ASV II aerials.

I was contacted in September 2008 by Maurice McIlwrick as mentioned above and he was able to supply me with another photograph of FA704 'R' which had been given to his brother Eric McIlwrick. 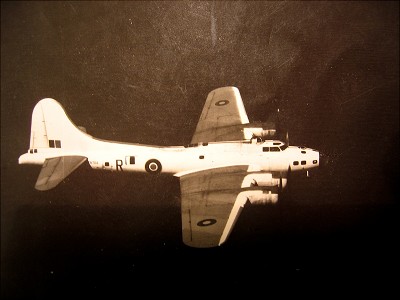 This Fortress photograph was sent to me by Robin McGhie in October 2010, it's believed to have been taken in the Azores and although it was a 206 Squadron Fortress, it was taken on by 220 Squadron after 206 left the Azores in 1944. Robin's father was Tom McGhie who was a Flight Engineer with 220 Squadron.

In August 2006 I assisted Chris Ransted on an investigation into a crashed Flying Fortress, the article was finished and contained a photograph of a Flying Fortress IIA, when I checked against Ken's Logbook I found he'd flown in this very one 7 times of which he was the pilot 5 times.

Bryan Yates who is mentioned above, was able to provide me with the photograph of Flying Fortress IIA FK190 'J' which Ken flew on 5 occasions; 3 times on the 1st, once on the 9th and once on the 13th July 1943.

In November 2007 I was contacted by Peter Connon who had produced several books and was interested in the information on aerodromes below, he noticed an entry in Ken's logbook which was of a Miles Magister L6897 at West Freugh on the 22nd September 1941. Peter was able to confirm that the aircraft was allocated to 1402 Flight which was a Meteorology Flight, it was destroyed on the 24th February 1943 when it crash landed on water at Crumlin, Co. Antrim after the engine failed on take off.

At the back of Ken's Log-book he recorded all the aerodromes he used in his time in the RAF, here is the list: