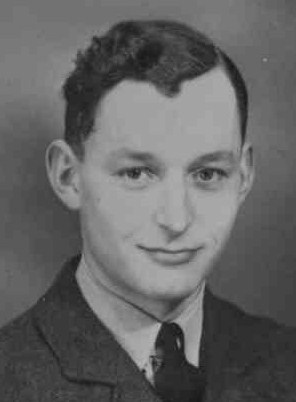 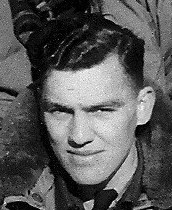 In August 2010 Kara Whiteman left a message on the Guest Book about her great uncle Douglas Smith who had flown with 206 Squadron during WWII as a Wireless Operator / Air Gunner.

There is a very close link to Pilot John Bendix, his story can be found in the 'Pilots: Part II' section of the 'Memoirs'. 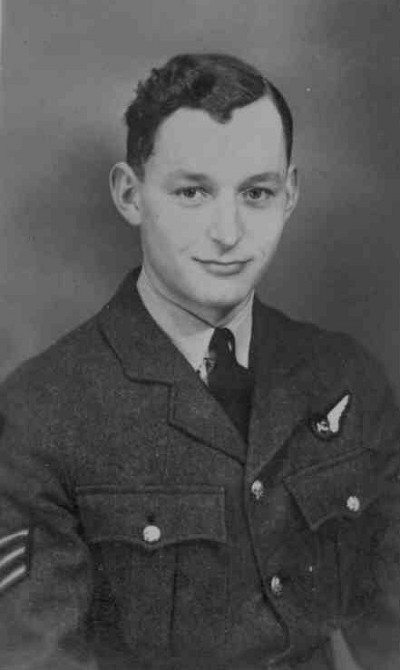 Douglas was born in Great Warley, Brentwood in Essex. His father was Harry Smith and his mother was Annie-May (nee Luckett). He never knew his father as Harry died on the 14th November 1920. Douglas was the youngest of five, he had 2 brothers, Cyril (RAF) and William (Army) and 2 sisters, Susie and Joan.

Douglas Smith was part of John Bendix crew on a fateful flight on the 1st July 1941. They were based at St Eval and had taken off at 13:30 on a cross over patrol in Hudson AE609 'U'. As they failed to return they were classified as missing in action. The crew members were as follows:

Since the war ended it has come to light that Douglas and the crew were shot down by a German Luftwaffe Pilot, Major Wilhelm Schmitter. 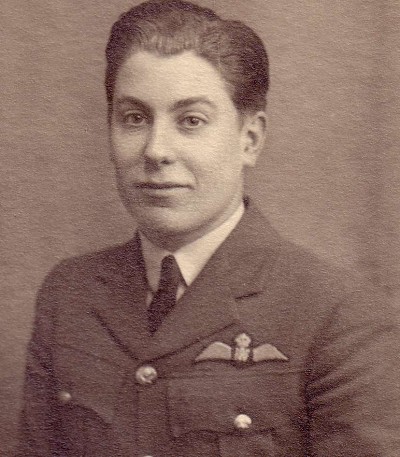 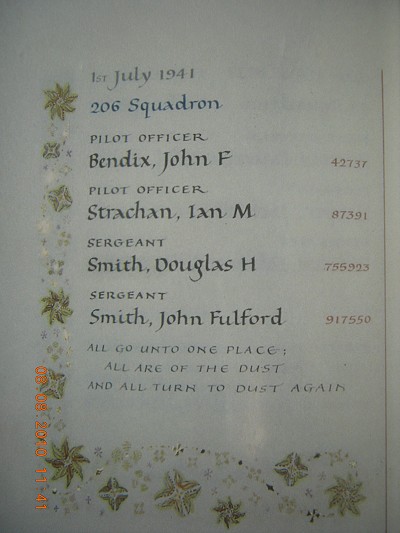 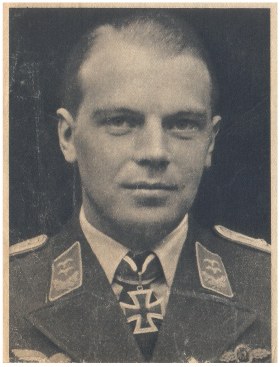 In November 2010 Sue Brown left a message on the Guest Book about her father Joe Peet who had flown with 206 Squadron during WWII. Sue supplied the following information and photographs.

Joe signed up to the RAF voluntary reserve and served from the 19th October 1940 when he was just 19, through to the 14th March 1946. During this time he served with 206 Squadron and was a prisoner of war in Germany after surviving the third 1,000 bomber raid over Bremen in June 1942. 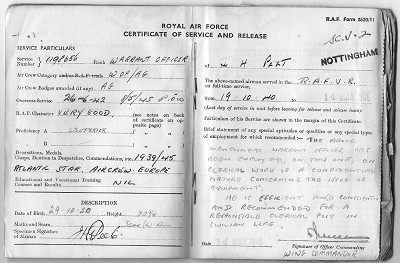 Joe was in 206 Squadron and part of Hudson crew when the Third 1,000 Bomber Raid over Bremen took place. They are likely to have been attacked as only two of the crew survived, Joe was one of those and survived by parachuting out of the plane over Germany. The details of that operation are as follows:

There is a close link to my Grandad Ken Bass as he was one of twelve Hudson pilots on that raid, Joe's crew are listed as the second crew within the 206 Squadron archive with Ken's crew listed as the third crew, just underneath.

Full details of the raid can be found within the 'F/Lt Ken Bass' section within the '1942' sub section. 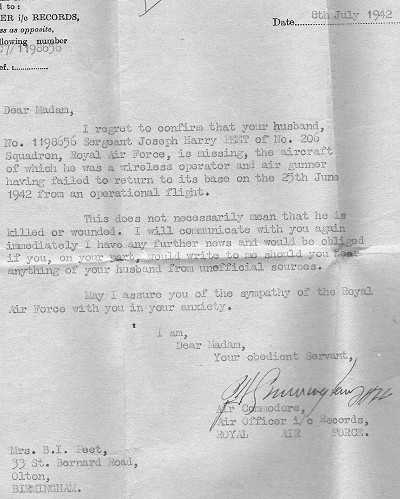 Joe's wife was sent the following telegram which was followed up by an official letter confirming that he was alive but wounded and had been captured by the Germans on the 26th June which was the day after the Bremen raid. Joe was a POW from the 26th June 1942 to 8th May 1945. 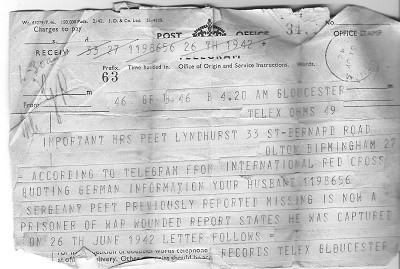 Joe was a member of the Caterpillar Club which was a club for those whose lives had been saved by a parachute.

Prior to joining the RAF, Joe had a job at The Stag Cabinet Furniture Company in Nottingham. He returned there after being de-mobbed and worked there until he retired.

Joe's marriage to Doris ended in 1948 and he later remarried to Elizabeth. Sadly she died in 1963 and then Joe married Mary in 1964, they had 2 children, David and Sue.

Sadly Joe developed cancer and died aged 65 on the 19th December 1985, Sue was just 16 years old when he passed away. 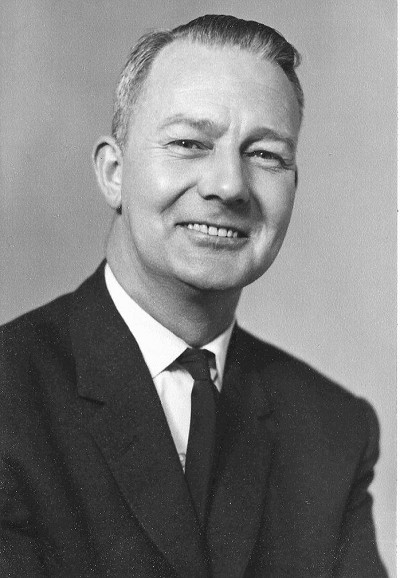 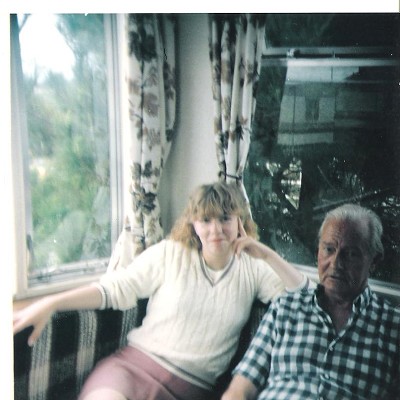 In July 2011 Christine Boyd sent me an email about her second cousin William Charles Milligan who was known as Bill. He had flown with 206 Squadron during WWII as a Wireless Operator / Air Gunner.

There is a direct link with another WOp/AG Memoir on this website: George Ellison, his story can be found in WOp/AG Part III.

Christine provided me with the following write up about Bill and she identified him in this photograph from within George Ellison's story. 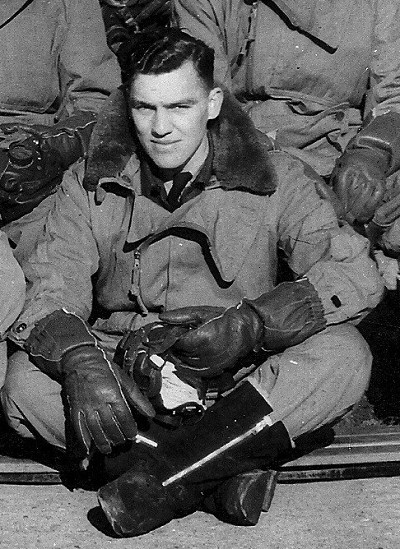 The Final Mission of Bill Milligan

Flying Officer William (Bill) Milligan of Guilford, NSW Australia and his crew took off in a Liberator bomber KK259 from a submarine Strafe over the Kattegat in  Denmark on April 8th 1945.

Three Liberators were on patrol this night, one attacked a German convoy 30km northeast of Skagen, possibly one ship was hit but the plane could not carry out more attacks due to heavy shooting from the escort vessels. KK259 may have tried to attack the same convoy.

At 04:25 F/LT (Pilot) B.L. Howell reported that his plane was damaged.  All contact with plane ceased after that report.  The body of F/O (Bomb Aimer) John Adam Heatlie was found at Spirbakken, Denmark and he was buried in Kviberg Cemetery at Gothenburg.  One of the gunners Sgt George Arthur Ellison was found on the beach at Marstrand in Sweden.

For Bill the final and fatal mission need never have happen, due to grounding he insisted on going through with the job, because as an expert on radar the operation would be his last chance to impart more knowledge to his men.

"It may be some small comfort to you to know that I and the whole Squadron considered Bill Milligan to be outstanding radar and wireless Officer.  Recently he had been flying with other crews as an instructor on training flights, this job he did exceedingly well.

"The 206 Squadron Costal Command includes members from all other Dominions and I can assure you how much we feel his loss and his gallant sacrifice so far from home, in the common cause"

To those of us who worked side by side with young, keen, always cheerful Bill Milligan, the news of his death has brought a deep sense of personal loss

F/O Milligan is commemorated on the Runnymede Memorial, among more than 20,000 airmen who have no known graves.

In March 1996 a 7 ½ tonne load of parts from the wreck was caught in a trawl and brought to Skagen.  When steel wires had been cut away the following items were found: A radio receiver, two main landing gears, three 0.50 calibre machine guns and pieces from a parachute as well as some heavily corroded parts of the wing. The landing gears form this find are now at Hjallerup Museum, Denmark.

This website is established to commemorate the Allied and German flyers that flew over Denmark and surrounding seas during the Second World War and in some case lost their lives. Some of the airmen came down in Denmark, but quite a few were washed ashore on the Danish coast having crashed into the sea.