Here are a list of books that I've found very useful...

86 pages covering over 680 flights that total over 1,400 hours flying time, ranging from Training to full Operations. There are many highlights such as the 3rd Thousand Bomber Raid over Bremen, U-Boat Hunts, A/S Sweeps, Escort to Secret Force, Convoy Escorts, Creeping Line Ahead Searches

Psychological Disorders in Flying Personnel of the RAF

The following reports on investigations into psychological disorders in flying personnel during the war period 1939-1945 are issued for the information and guidance of the senior executive and all medical officers of the Royal Air Force.

Naught Escape Us: The story of No. 206 Squadron RAF: Peter Gunn

Peter B. Gun is an indexer by profession and in his spare time researches and writes aviation history. His interest in 206 Squadron resulted from his study of the early history of the squadron when it was based at Bircham Newton in Norfolk. He then undertook the task of compiling a comprehensive history for the 206 Squadron Association. The author of two previous books on local airfield history, he lives in Norfolk with his wife Janet.

This booklet is not intended to be a complete history of 206 Squadron. It was written initially to commemorate the 70th Anniversary of a front line maritime squadron and has been updated for the 75th Anniversary. The historical material available to write about 206 is vast. The foresight of former members particularly Major john Blanford, has left us with a very well documented WW1 history and Flight Lieutenant Glazebrook wrote a unique and valuable version of a WW2 squadron at war. These works alone would justify 2 volumes and it is clearly beyond the scope of this booklet to include all the material available but it does reflect major events over the last 75 years.

This book reveals the vital contribution that RAF Coastal Command made to the Allied war effort. Coastal Command is often referred to as the 'Cinderella Service' because it did not gain the recognition it deserved and was always overshadowed by Fighter and Bomber Commands.

Considering that it was not given priority in terms of aircraft and equipment, its wartime record was second to none.

Royal Air Force Coastal Command played a key part in the Allied victory during the Second World War, most notably during the Battle of the Atlantic when its aircraft participated in bitter convoy battles. From modest and relatively ineffective beginnings, Coastal Command grew into a powerful anti-submarine force, equipped with such legendary aircraft such as the Sunderland, the Wellington and the American built Liberator. Advances in radar technology, effective new weapons and improved tactics meant that RAF aircraft were able to find and sink U-boats, by day and night. 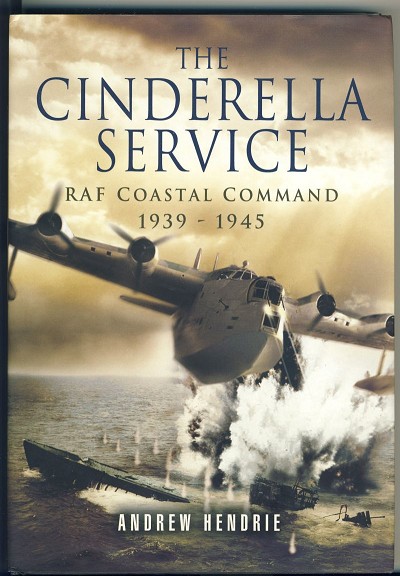 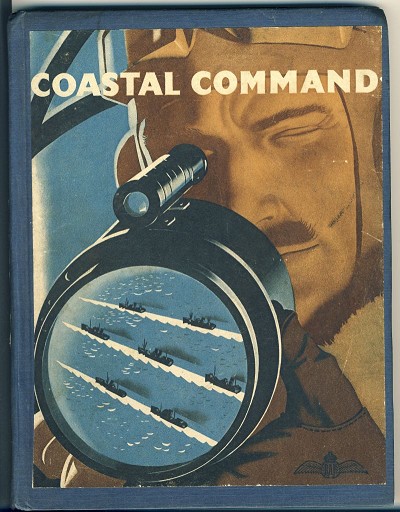 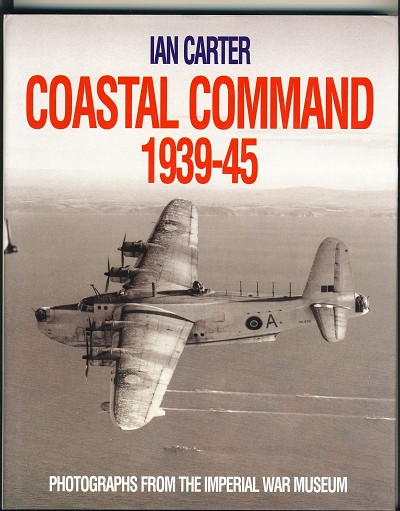 A prelude to War. Bob Tyson had no idea when he met Anne Spence at a New Years Eve party in 1938 that they would spend the halcyon days of the next two years in each others company. Nor did he know that August 1940 he would be joining the RAF to help fight against the might of Adolf Hitler's rampaging forces.

Towards The Sun: Richard Thomas

Bob Tyson joined the RAF in a fervour of patriotism in August 1940; by the Summer of 1943 he had flown with Coastal Command for a double tour of operations., had taken part in the sinking of a U-boat, and been over Germany on one of Winston Churchill's 1000-bomber raids. The innocent of 20 years of age became the seasoned aircrew member who played a part in the turbulent years of the Battle of the Atlantic.

The story of how this came about is told not only in terms of the training and operational flying of a typical RAF aircrew but is set against the background of epoch-making world events. It tells also of the love of young Bob Tyson for his sweetheart, Anne; of their tears of ordinary people living in a time when Britain stood alone against the might of Hitler's Germany; ordinary people whose lives made history.

The Heat Of The Day: Richard Thomas

After completing 1200 hours of operational flying with RAF Coastal Command over the dark and stormy waters of the North Atlantic in 1940-43, Bob Tyson was sent to a destination most men dream about: the Bahama Islands. It took some time for the news to sink in, a little longer to find out where they were. The job, to pass on his experiences to flying crews in a place deemed safe from enemy intrusion.

Two years later he returned to a ravaged England having enjoyed adventures ranging from the day to day life on a sub tropical island to the thrill of a whirlwind holiday in New York City; from the pleasures of Paradise Beach, Nassau to the unexpected delights of Coney Island's famous fairground; from a fleeting trip to San Antonio, Texas to the varied offerings of New York's theatres.

The Heat of the Day is the exciting sequel to the same author's Morning Grass and Towards the Sun, and completes Bob Tyson's journey through the years of World War Two from 1939 to 1945.

This is a story of young love set against the background of Europe's plunge into the maelstrom of the Second World War, a story which has its beginnings under the cloud on the European horizon in 1938 and leads up to the clash of arms with Germany in 1940. 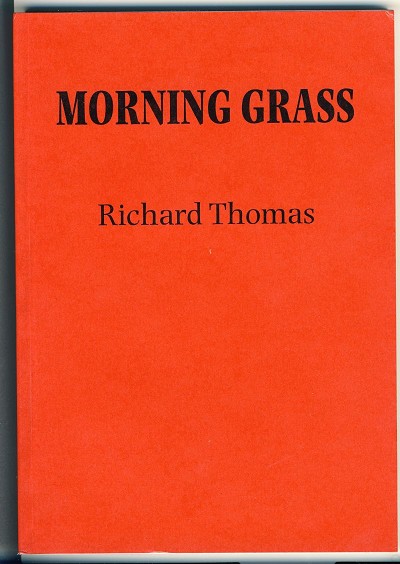 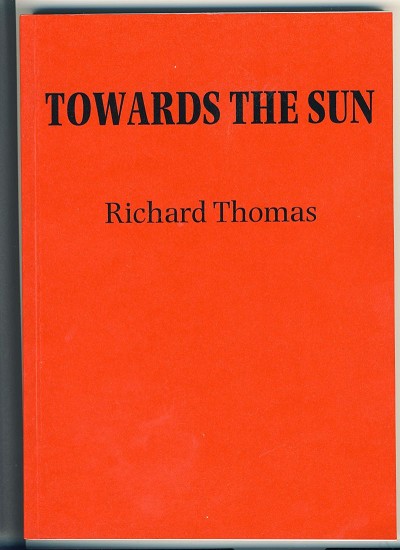 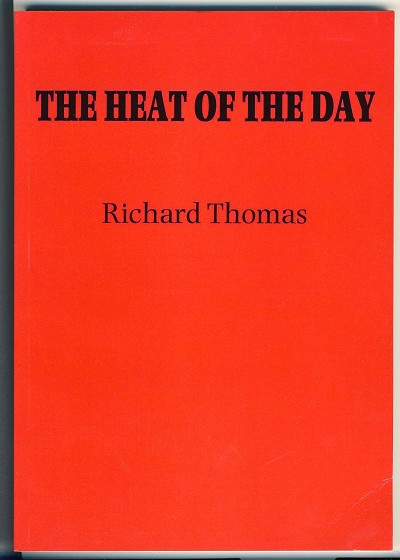 Someone to Watch over Me: Jim Glazebrook with Bob Swallow

Jim Glazebrook DFC is one of those quiet men of faith and courage whose life, when examined, turns out to have been an extraordinary adventure. This short autobiography incorporating 68 photographs and a war history of 206 Squadron, tells the story of his love for God and of flying and how the two come together with the development of Mission Aviation Fellowship.

Birds and Fishes: The story of Coastal Command: Phillip Joubert

Air Chief Marshall, Sir Phillip Joubert de la Ferte was born in Calcutta and educated at Harrow and the Royal Military Academy, Woolwich. He joined the Royal Field Artillery in 1907 but, after learning to fly in 1912, transferred to the Royal Flying Corps. During the First World War he served in France, Egypt and Italy, and between wars at the Air Ministry and in India, and also as an instructor at the Imperial Defence College, and Commandant of the R.A.F. Staff College, Andover. During the Second World War he commanded Coastal Command from 1941 to 1943 and then became Inspector General of the R.A.F. He retired in 1947, and since 1950 has been Director of Appeals of the Soldiers, Sailors' and Airmen's Families Association. He has written and broadcast widely on Air Force matters - this is his fourth book. His interests, other than professional, are gardening, charities, and cooking.

The conflict between aircraft and U-boat in the Second World War was a desperate one, fought nowhere near as fiercely as over the Bay of Biscay and the Atlantic. It was no easy matter finding U-boats and if they then decided to remain on the surface and fight back, the on-coming aircraft was a large target to determined gunners. The numerous first hand accounts from both sides in this book, accompanied by photos, give an insight into how Allied airmen and German submarines fought each other in the hostile skies above a deep cold sea. 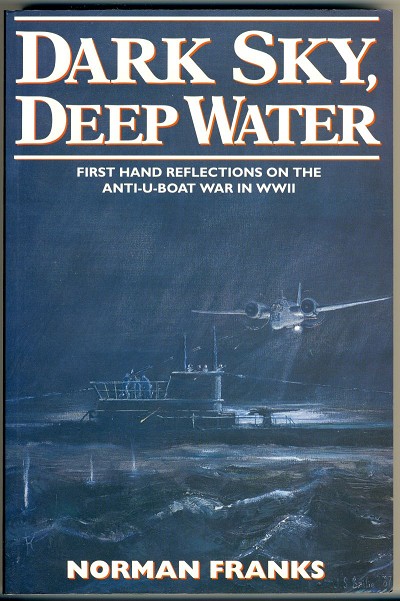 The Author: After training at a Hudson (Coastal) OTU, Andrew Hendrie completed a tour of operations with Nos. 224 and 48 Squadrons RAF. While 'on rest' from operation, his experience was largely with Sunderlands but briefly included Catalinas. He began a second tour on Wellingtons with 524 Squadron until the end of hostilities. Post war he joined the RAFVR and was on the reserve list until 1959. The four previous books he has written have been devoted to maritime operations, ever prompted by the record of RAF Coastal Command.

Hal Randall had not even finished his officer training when war was declared on the 3rd September 1939. Throughout this wartime service in Coastal Command, Hal accumulated an amazing collection of photographs. These pictures are an important record of the work carried out by the men of Coastal Command. This is one man's story, but also the story of the aircraft in which he flew. The venerable Tiger Moth on anti-submarine patrols off the Scottish West coast. Bristol Blenheims on raids over the artic Norwegian mountains. Beaufighters escorting Douglas DC-3 Dakota's to Spain. De Havilland Mosquitos on anti shipping sweeps across the Bay of Biscay.

Magazine on the 1000 Bomber Raids 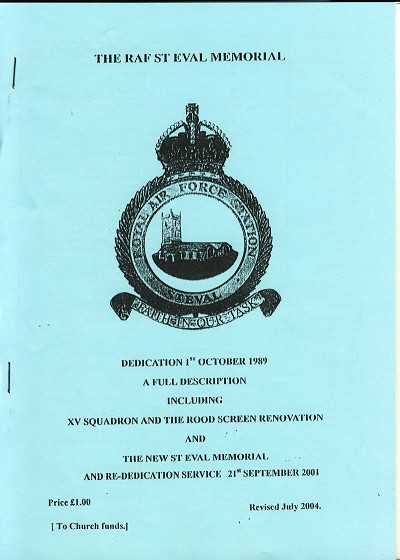 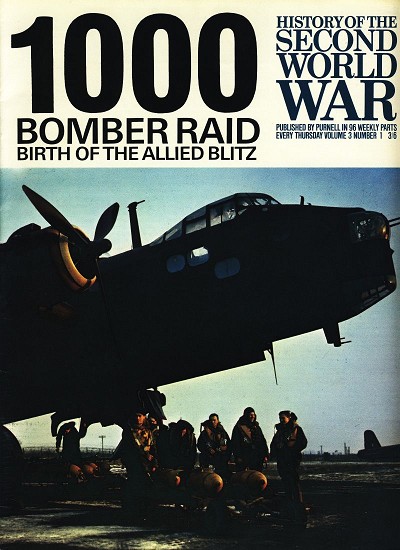 To Hell and Back: Mel Rolfe

'The massed ranks of searchlights swept the sky, scurrying among the bombers before resting on their chosen prey with a silvered kiss of death which summoned other swooping lights, an official invitation to the flak, which arrived rapidly and the end was sudden, flames engulfing the aircraft…'

From chapter 18: The horror of Nuremburg

Behind Enemy Lines: A Memoir of James Moffat: Mary Thomas

RCAF F/O Jim Moffat of 427 (Lion) Squadron parachutes into enemy territory after his Halifax bomber collides with an RAF Lancaster bomber during the Nuremburg raid over Germany in 1944. He is the only survivor. Moffat spends six months in German occupied Belgium and France. Often alone, always in anger. The Belgium Resistance and the French Maquis help him.

From Coastal Command to Captivity: The memoir of a Second World War airman: W.J 'Jim' Hunter

Born in 1920, William james (Jim) Hunter grew up in Surrey. In 1939 he joined the RAFVR qualifying as an observer. As described in this memoir, he was shot down in July 1941 while attaking the Scharnhorst and spent four years as a POW during which time he dug a tunnel, was force marched out of Stalag Luft III, away from the Russians.

He took a permanent RAF commission in 1945, married in 1949, had two sons and retired in 1975 as a Wing Commander. He then joined a firm of Lloyd's underwriters until 1985, when he retired and devoted himself to charitable work. He died in 2002. 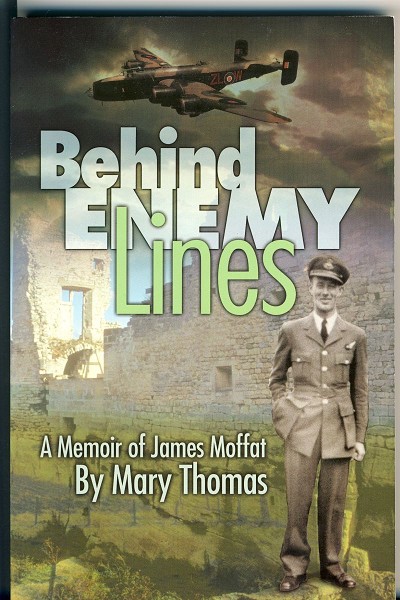 You must start to think about growing up, Wellum. The RAF wants men, not boys… It's a frightening service and it has no time or room for people such as you at the moment…. You are existing here on a knife edge

The Condor, Germany's giant long-range four-engine bomber, described by Winston Churchill as the "Scourge of the Atlantic", was highly successful, in conjunction with U-boat wolf packs, in bringing Britain to near defeat in the Battle of the Atlantic. Here, Kenneth Poolman recounts, with graphic detail, a grim battle of attrition in which the Allies fought to counter Condor with brilliant improvisation and fortitude.

Rees is one of the few people - perhaps the only one - who has met and interviewed at length not only hundreds of people who suffered from the barbarities of World War Two right across the globe but also, crucially, many of the perpetrators… All this has given Rees a comparative, cross-cultural perspective on the horrors of the war that no academic could match

The Battle of Britain and the Blitz: Consulting editor: Nigel Fountain

'The doodlebugs were pretty frightening, but the V-2's were terrifying. And I don't know whether we were tired by then, or what it was, but a lot of people would admit to that - that we were much more scared then than when the bombs were raining down on us during the Blitz. I think we were tired. I was only longing for the end by then.'

The Poems we Wrote: Compiled and edited by Eddy A. Coward

When I read the poetry gathered by Eddy Coward, I found myself unwrapping a store of memories. The talk of flights, fliers, machines, W.A.A.F's, Erks and the various 'Bods' that made up the 'Per ardua ad astra' crowd, took me back in such a way it seemed only yesterday, I could almost taste the tea from the Naafi van at dispersal.

These poems will be enjoyed by most who wore the R.A.F. blue - even if they were not in uniform, I'm sure they will be aware of the humour that seems to rise from those serious war years. 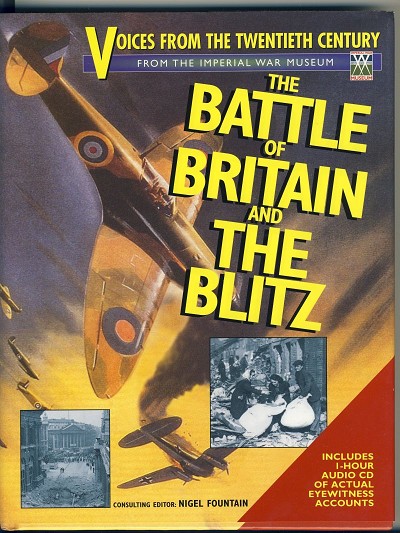 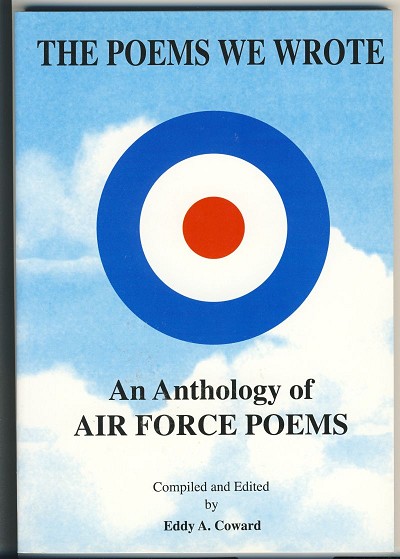